The little World Of DOUGIE Flossberg

Come One Come All The SLmRR is now open

Last week my railway buddy and favorite ghoul DOUGIE Flossberg sent me this poster announcing the opening of his miniature city on Thyris, complete with railway and airport, traffic, and bombs. I met DOUGIE not very long ago, March of this year, and have written several blog posts on him, because he is a very interesting Mainland character and creative avatar. See: Private Guided Rally On  The SLRR,
Come Josephine in My Flying Machine and in this post, he is one of the Wizards. 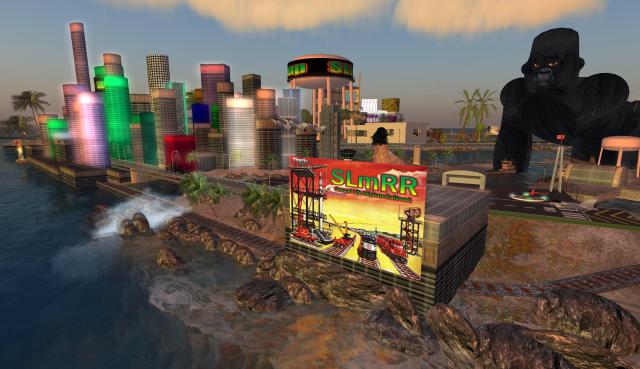 I landed here and surveyed my surroundings

I landed on The SLmRR on Thyris and surveyed the surroundings. At first it takes a little while to get a perspective of size, and not until I walked around did I begin to feel the scale. I am going to let the pictures do the talking as I really think it’s worth going there and seeing it for yourself.

I was captivated by all the little details

I was captivated by all the little details, and transport was hopping on land, on sea and in the air

King Kong is an obvious presence

King Kong is a presence that is hard to over- look, and brings you back down quickly if you were starting to feel big and powerful in this miniature city. I crossed the tarmac and took a closer look at the canal he seemed to be protecting quite doggedly.

Hanging around on the hangar

Hanging around on the hangar in a cloud burst I suddenly got the feeling that I wished I could hitch a ride on one of the numerous take-offs that were making the runway buzz and shake. The sounds everywhere are just great by the way, and add to the feeling of being in a city.

Sometimes wishes do come true and I successfully hitched a ride on a small commercial liner, which took me as far as the sim crossing. I felt the roar of the engines, and the blast of air made my curls fly on lift-off. What a rush!! 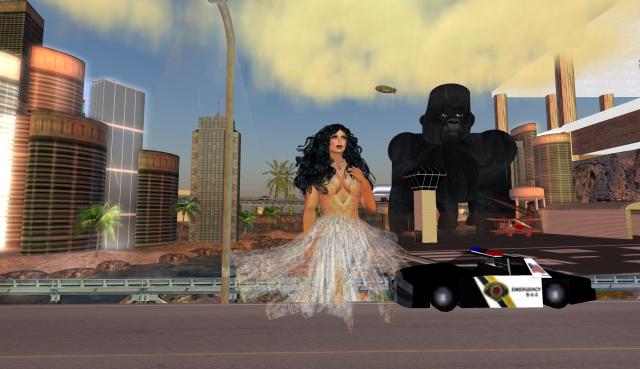 I had to slap my hand to not pull my own King Kong impersonation, and take that little police car off the highway and swing it around a few times and toss it. I bet that would surprise the men inside no end, but honestly being bigger than most anything, can put some crazy ideas in your head.

Then I went to sit on the Big Guy's shoulder

Then I went to sit on the Big Guy’s shoulder. I know he prefers blondes, but I told him a little story that kept his interest high and his desire to eat me or maim me quite low. We bonded in our own special way, two entities too big for their habitat, and in this little city I felt he and I had more in common than anything else here. It was an experience I will always remember.

Yikes! When I jumped off of King Kong, I landed badly on top of a busy overpass and was about to get my knees burnt on the vertical pipes of a sixteen-wheeler.. The traffic was so heavy I wasn’t sure how to get off without getting my shins skinned. With planes taking off, and ships heading out to sea, there was a lot to look at while I figured how to remove myself from the freeway a bit more gracefully than I landed.

They were coming at me right and left

They were coming right and left at me, and finally a police car passed under me and blew his loud speaker which to me sounded like a loud squeaker and said “Get off the road lady.” He sounded like a hoarse mouse on a megaphone, but I got the message and jumped. 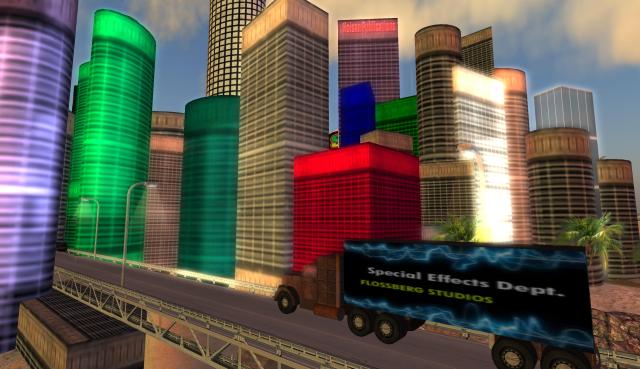 It was a good thing too because the special effects truck from Flossberg Studios was weaving back and forth, a driver under the influence no doubt, and might have stubbed both my big toes at once. The skyline glowed and the rain clouds poured. Quite a little world here indeed. 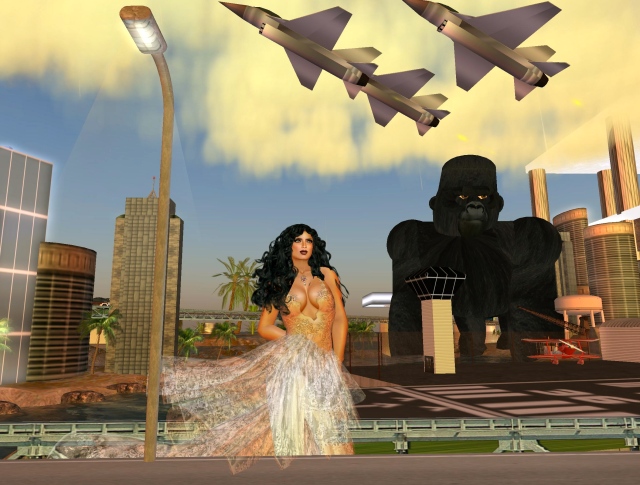 “Oh Oh,” I thought,”Better take cover King Kong.” I had a funny feeling those fighter jets were about to make a big loop back over to his direction. After all… I had seen the movie. 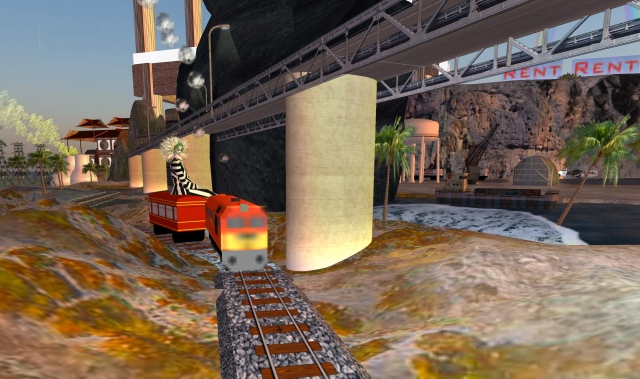 Who might that be coming down the track? Well at first glimpse from far away I thought it was an escaped prisoner, in a retro prison outfit, riding on top of the coach car, making his get-away on the urban railway line.

Well to my surprise,*smiles, it was the one and only DOUGIE Flossberg, creator of this fabulous city in miniature and the SLmRR. I told him how much I loved his city and was even hoping to move my company here and hire a bunch of mini-workers to run it. He generously offered me a building and now I can proudly claim residency here on Thyris. Moments like this are why I suggest all you region dwellers, take a chance and get off your islands and re-discover the Mainlnd! Wonderful sites and wonderful people to explore. It’s a small world too…. 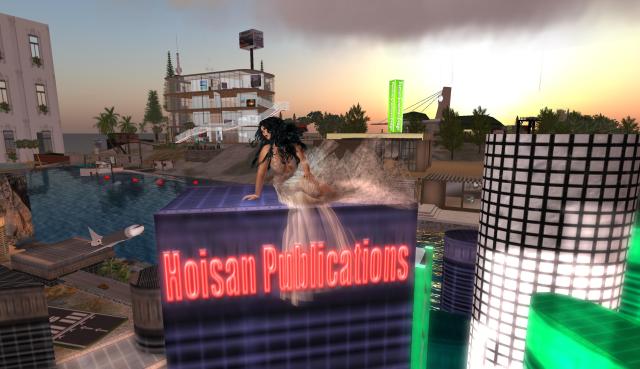 Hoisan Publications on Thyris… I take a deep sigh and feel pride rise as I lovingly caress the roof. Come see it Soon!!  Here is your taxi to take you to

3 Responses to The little World Of DOUGIE Flossberg