"She pulled out before the red-dawn light..."

She pulled out before the red- dawn light hit the tree tops
And traveled through county after county of noxious pollution
All she knew was she would not be returning that way ever again
And that retracing her tracks back to Andiana, would never be the solution. 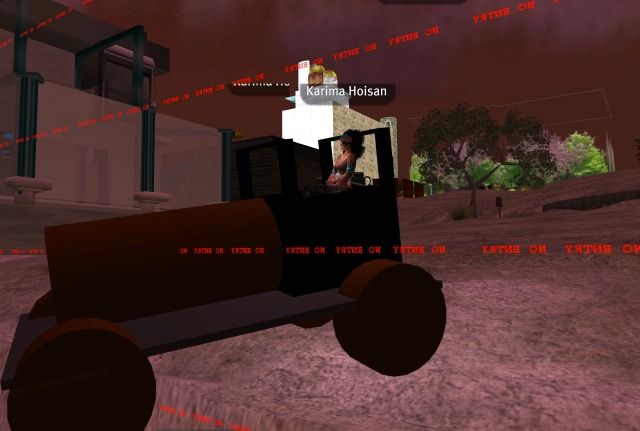 "Almost breaking her neck and skinning her knees..."

Almost breaking her neck and skinning her knees, she started to wrestle
with the idea of leaving her locomotive behind or find someone who would switch. 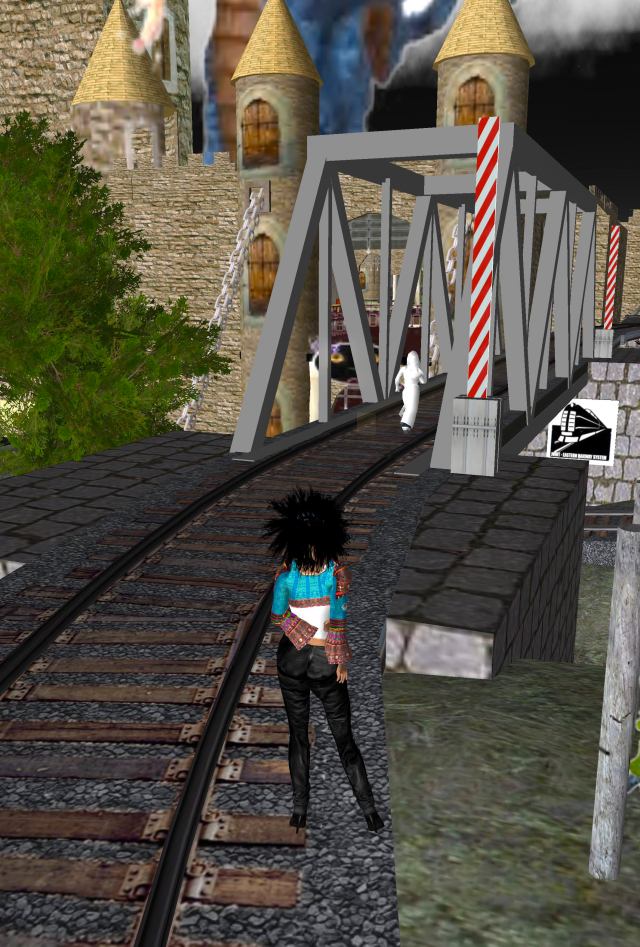 Hostility now a constant back theme as she jogged towards Castle Towers
The ghost of a small mutant- being zipped ahead like a rabbit out-running a snare.

"Choose us instead of Death!"

Danger! She felt Danger everywhere and so vulnerable off the tracks
Her lungs were aching from the effort and poison posing as a breath
Then an apparition chugged out of the fetid steamed-air, ’twas  a moving smoke stack
Three wayfarers holding on for their lives yelled,”Choose us instead of Death!”

But Death seemed to be another passenger riding along in their car on patrol,
Like a transparent stranger who caused accidental  derails when least expected,
And just as they steamed  past Agora Mall, the silent driver in front lost control,
They all screamed and white -knuckled the railings as over the bridge they disconnected.

"The sky bled and she saw visions of war..." ~photo Missy Rothmanay

What was the last thing she remembered? What ran through her head full of curls?
The sky bled and she saw visions of war, sky ships and the Mayan Prophecies 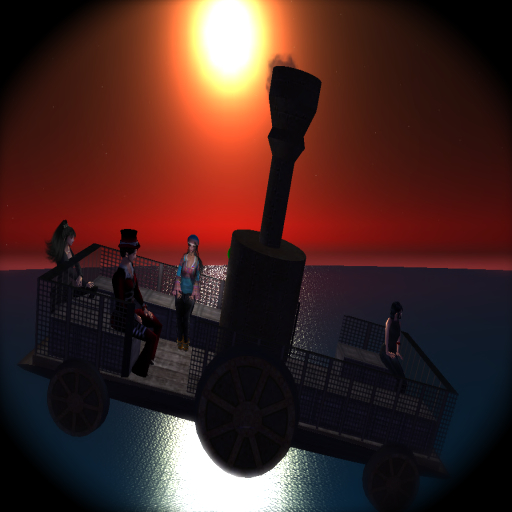 "The car lost its' battle to gravity..." ~ photo by Missy Rothmanay

Traumas from childhood mixed with beet root sunsets, a line of cyborg chorus girls
The car lost its battle to gravity and she blacked out mumbling something by  Socrates. 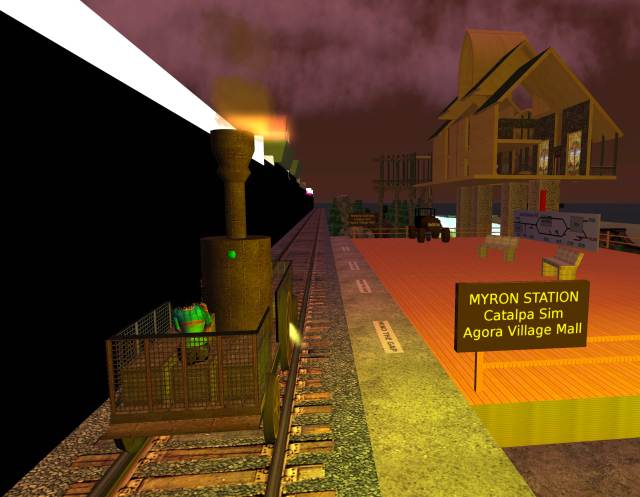 When she awoke she was the only one left on the train, and was pulling into Myron Station
The fate of the hapless strangers was uncertain, but they were nowhere to be found,
Dizzy and confused but thankful to be alive, she headed towards Datana to continue her migration
But was rail-blocked by a hydra-headless- phallacy, who was crawling its way out of the ground. 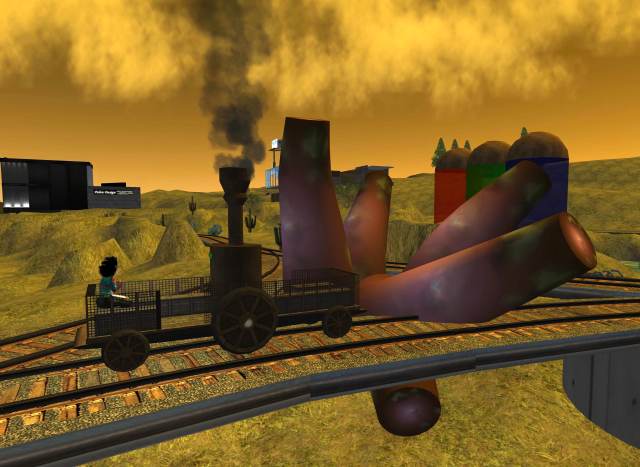 She left her  train on the tracks taking it as a sign, when she came across another hand car.
The small things in life and on the rails, were the best gifts, if you knew how to live the day.
With the wind at her back and sounds of rare mountain birds calling out to her from afar,
She rode until she knew she had arrived, at what would prove to be her first happy stay.

*We will leave our poor girl to rest and recuperate for a while before  she resumes her travels. The time for hot baths, new clothes and romance seems to be right about now…

This entry was posted in Poems, Slices of Second Life and tagged Karima Hoisan, SL Poetry, SLRR. Bookmark the permalink.