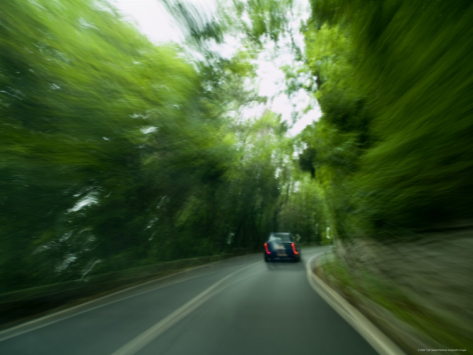 He took her for a ride..she was like his brand new kitten.
First the hills, looked so bright, rolling past her window.
She lost her fear to be inside his moving car,
and settled in to stretch along the whole back seat.

He took her for a ride…seemed he was a lot like her.
They giggled to the radio and crooned the moon.
She poured out every detail of her story as he stroked her,
and moved up front with confidence to get a little closer.

He took her for a ride…there was always food and water.
The engines hummed inside him, like a growl.
But she was comforted by the sound, as she was trusting,
and the scenery became a blur, because they moved so fast.

He took her for a ride… she lost all sense of time and place.
He called her “my naughty stray” but she knew that he was kidding.
The windows down, the cool night air came rushing in around them,
while she fell asleep upon his lap,  touching the hem of heaven.

He took her for a ride…until she heard the motor slowing to a stop.
She opened up her sleepy eyes, to see a dirt-road, framed by endless woods.
He couldn’t think of a thing to say, when he quickly opened up her door…
Abandoned by the roadside, unwanted cat,  the gears a’shifting as he drove away.

This entry was posted in Poems, Slices of Second Life, Uncategorized and tagged Poem of Disillusion, Poems of Endings, SL Poetry. Bookmark the permalink.