Re-Cap of Halloween’s “Under The Spell of Poetry” Reading 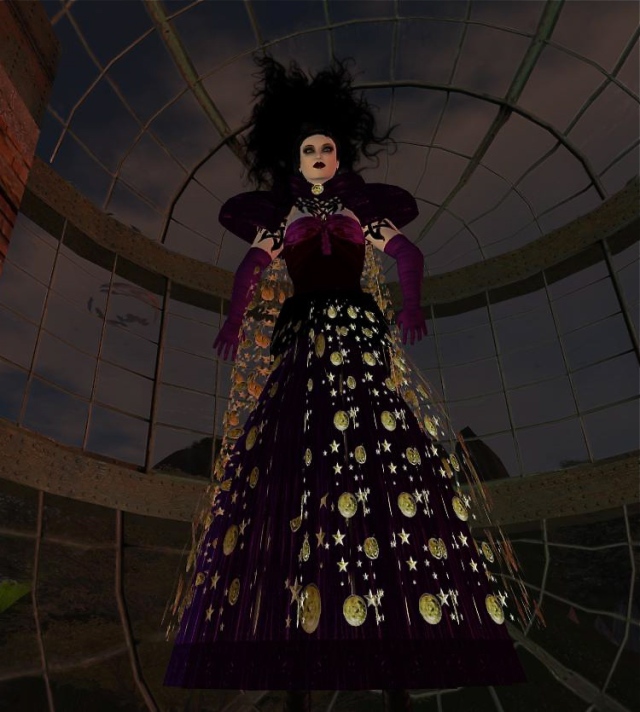 …having just woken up from the dead… photo by Natascha Randt

I tried to be as welcoming as possible when the guests who had come to Steampunk Hall began arriving, but my oddly bent elbows and my rather pained and stiff expression I blame entirely on having just woken up from the dead. Still, I was looking forward to putting those mortals under the spell of poetry, for this was a spell I had been practicing casting, for a few years now. I found the growing group, to be amazingly sensitive, so much so, that without me even beginning to recite, or the music  streaming, they began floating horizontally in front of me…. such a delight to see them stretched out helplessly, for one undead as myself. Our pleasures are very different than the mortals.

“You are lying on my ethereal beach…” photo by Natascha Randt

Refreshed by the howling midnight winds, I began to weave the primordial spell of poetry

The spell was beginning to work, fog rolled in with the words of Poe…

The listeners ranged from beauties to beasts and even a superhero…

A Vooper creature snuck in amongst the mortals, I was too involved to cast him out, so he stayed until the end…

The lighting changed, the room hovered between lovely dark and perilous light, the strain upon me was beginning to show, as many times I let my head drop to catch my breath…

At one point, I felt my head spin, and wasn’t sure which way was even up…or down.

Beautiful creatures barely mortal also were in attendance, I thought to perhaps speak to this one afterwards, but as it turned out, I had to leave in a hurry!

In between poems, I surveyed the room, and grew concerned that Warrior Natascha might poke Hoyt the Arab and start “something”, before I could finish my bewitchment… 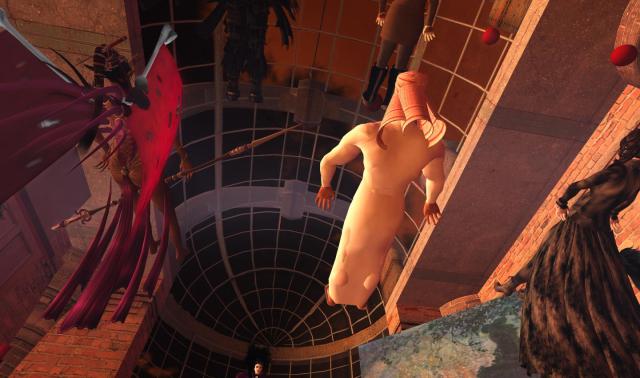 The dreaded time approached, I had to hurry, as the sky was glowing red with Dawn warnings…and I could not afford to stay up late 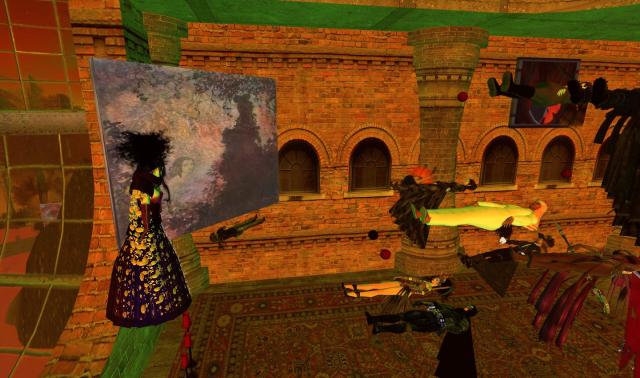 I concentrated all my power that was beginning to ebb as the sky brightened in a miserable morning yellow..I unleashed my last burst to the words of Poe’s Conqueror Worm, and ****Wam** I snatched up their very essence, and the spell was released!

I hung around long enough to ask this question, as the pale streams of light were causing me pain, and my tomb was the only respite,
“Mortals did you enjoy yourselves?”
(and I paraphrase)
The Walrus and The Carpenter
“O Mortals,” said the Poetess,
“You’ve had a pleasant floating fun!
Shall we be trotting home again?’
But answer came there none–
And this was scarcely odd, because
She’d eaten every one.”

((It was great fun, thank you all who attended, and a special thanks to those who sent me photos. I am using them all on my looping picture board at Steampunk Hall))