I have been asked to repost my poem, “Her Name Was Noor” written April 2011, in relation to this horrible tragedy that is being lived in Newtown Connecticut today. Yesterday, when I wrote “Taken Away”  I could barely find the words, but “Noor” which means “light” in Arabic, has become for me, a personal symbol for these kinds of senseless acts. I give you again, “Her Name Was Noor” 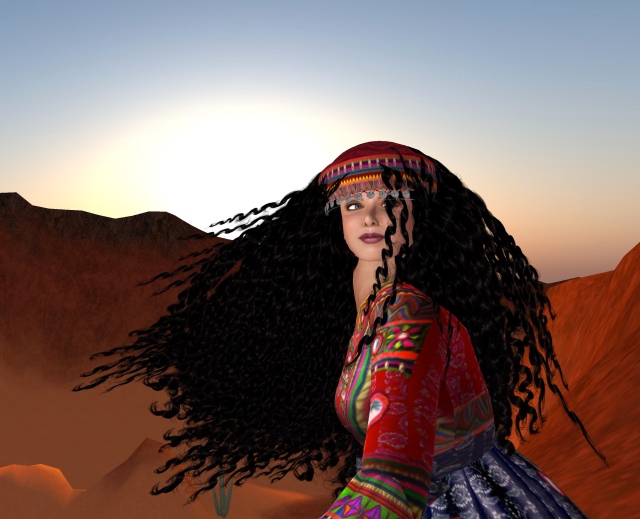 “She was the gazelle of the hills…”

Her Name Was Noor

Her eyes were always the size of a child’s caught in surprise
and she kept them down to the ground guarding her modesty
from the gaze of old men,
who hoped to find the spark of their youth
when they looked into them.

She was the gazelle of the hills,
that beautiful creature all loved and knew,
prancing across the remote village hills of Ireland,
or Libya’s back dunes, across the rocks of Jalalabad
through the old dried river beds of Basra’s ancient ruins. 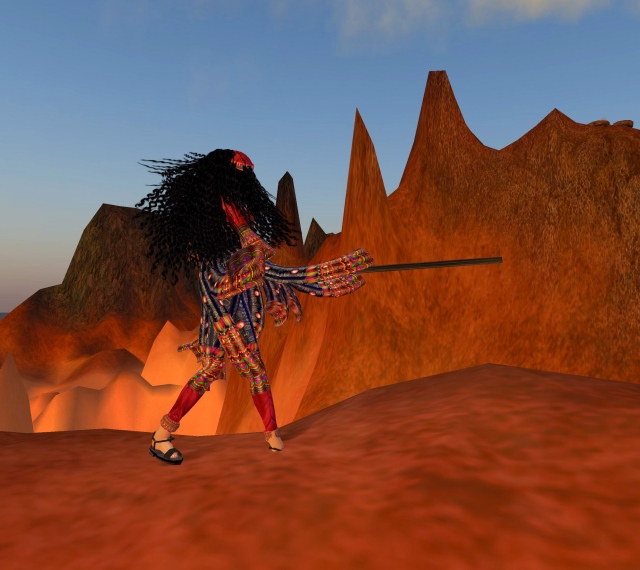 She let her hair fall free at the end of the day,
and each rising breeze was a beak that parted the ebony strands
like ravens plumes being carefully groomed.
Now she put some helium breaths to her steps
gliding not walking and twirling a stick like a proud flag
and she the bearer of her good world’s victory.
Her verse was born to the tap of high steps
and her heart-beat that made life pump round.
She quickened the pace and put a rabbit to chase
just as the sun was close to going down.

“I wish to pray to the Always Awake that Peace be returned today
like swallows and fish who come back home to stay.”
She recited over and over and it became her running rhythm.
Hopeful lightness teased the wind to blow her through the trail that thinned
into unmarked pebbles where no footprints marred her way.
Here skipped the profile of youth catching the sun, red faced and swollen,
making it her own halo back-lighting her black curls now spiked electrically,
her cheeks flushed, an angel dancing on the ridge.
She was beautiful like the innocent can be, without ever knowing they are.

“Skin so smooth, the light slipped off her arms…”

Skin so smooth, the light slipped off her arms
and made twirling shadows on the ground,
and she loved to watch them spin along, as the sun was almost done.
All her blood was inside sustaining, and she thought no more about it
then dust might think to write a poem,
about the last hours of this afternoon.
Her name was Noor,
and she lit up the war-torn village night,
like a torch with just her laugh. 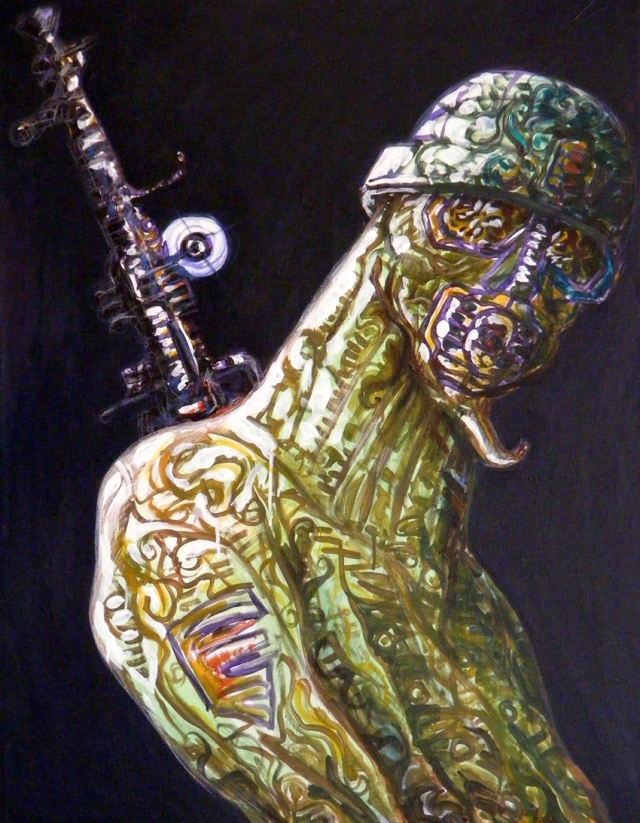 “She never saw the sniper, or his face, or his gun…” (painting by Sigfred Rodenberger)

She never saw the sniper or his face or his gun for it was almost 800 meters away.
No one ever knew to this day which side he was on,
as the innocent were never targets of fair-play,
and no one in the village learned his name.
Some say he was a mercenary, and took his shot as if she were game,
then he himself took off and flew far away.
Some say it was just a horrible mistake,
that no one would be so heartless, to send a fatal shell into a head,
where all those dreams of peace were being born,
to blow it away like a pomegranate so darkly red
smashed against rocks leaving little left to mourn.

Who know about these things say,
that through his powerful scope he saw her face
as if only a few feet away,
and in a frozen headlight second, when he squeezed the trigger,
he did watch her head explode into nothing but clouds of dying dreams and red debris.
He never heard her prayers for peace, her hopes for love, or knew her name or family.

Her name was Noor,
and she lit up the war-torn village night,
like a torch with just her laugh.

*The painting “Sniper” by Sigred Rodenberger, was the inspiration for this poem.
To see the many comments, one by the artist himself, please go to the original posting here: Original posting of “Her Name Was Noor”

I also Include the movie of my live reading of the poem in Second Life, filmed by Natascha Randt