Natascha and I were invited to participate in this very important event held at “Galerie Artemis” in Second Life on Tuesday November 19th. 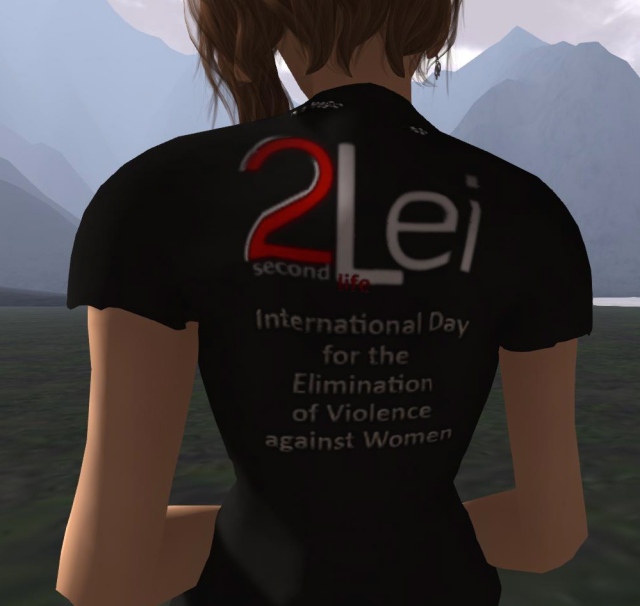 Nat wearing a T-shirt that was given at the event 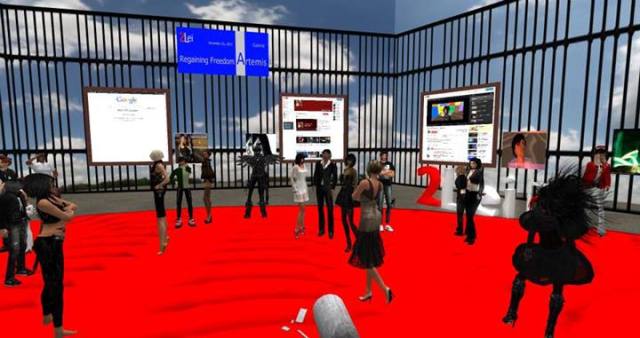 Many illustrious gatherers were present 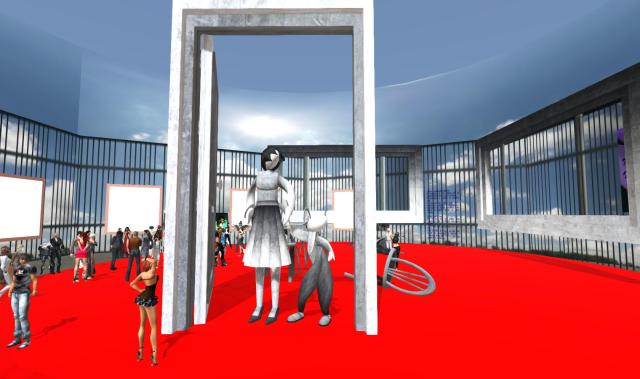 There comes a time when you have to leave…

“Window on a Train” in its Spanish version“Ventana en un Tren“ was chosen as one of the machinimas shown in this artistic event dedicated to Stopping Violence against Women.
It was very well-attended, and I counted almost 60 avatars present, which also made it a little hard to get some pictures. I will include some taken there by Natascha and a few of mine and of the hard-working Duna Grant, one of the organizers, who invited us to show our film.

The lost freedom of battered women is the theme proposed to different artists, that develop it, each one of them giving a very personal vision of what it suggests to them.
Kicca Igaly has built an installation that will serve as a hall for the presentation of the machinimas that speak in images, in some cases also with voice, about the main topic for this year.
Kicca Igaly also presents an explanatory text, which complements her work:

Libera… finally libera!
Di decidere di non subire più la sopraffazione di un uomo violento…
Di decidere e gestire la propria vita…
E per mano a suo figlio, abbandona quella casa-prigione, lasciando un uomo sconfitto, che lancia un ultimo gesto di vano richiamo.
Free … free at last!
Deciding not to suffer more the oppression of a violent man …
Deciding and manage his own life …
And holding the hand of her son, leave the house-prison, leaving a defeated man,
that launches a last gesture compartment of recall.
The machinimas, mostly made for this event and therefore unpublished, belong to artists from different countries, Spain, France, Luxembourg, United States, Peru, Puerto Rico, Costa Rica & Germany, in an attempt to, on my part, transform this important world problem in an international act too.
Not only women are sensitive to this social scourge. Many men also want to denounce it. Hence, besides being international, my call to them and their positive reception, has resulted finally in the exhibition that Galerie Artemis will present. 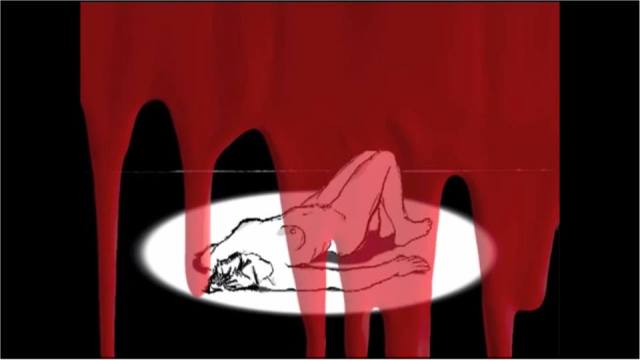 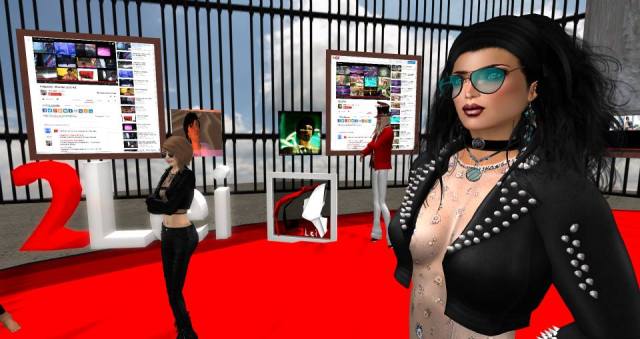 I want to thank once again, all who organized and participated in this very vital and timely event.
Let’s learn to love and leave the violence behind us!!

4 Responses to Regaining Freedom: The Opening